Nestled in the Shropshire Hills Area of Outstanding Natural Beauty, Acton Scott is located just south of the Edwardian Spa Town of Church Stretton, or ‘Little Switzerland’ as it became known in the 19th century.

This is one of England’s finest natural landscapes, the South Shropshire Hills, bordering the Welsh Marches. With a landscape that rises and falls to take in dramatic hills and moorland, its unique geology is perhaps best seen in the spectacular escarpment of Wenlock Edge, which provides a stunning vista from Acton Scott.

With the sounds of red kites and skylarks hanging in the air and the beauty of nearby Offa’s Dyke, Caer Caradoc, the Long Mynd and the Stiperstones to enjoy, this is a rural idyll described in the poems of A.E. Housman’s ‘A Shropshire Lad’.  Scenes from the estate of Acton Scott feature in a new photographic edition of this famous work, published by Merlin Unwin Books, based in Ludlow, Shropshire.

Some of the prettiest towns and villages in the county can be found nearby, including Bishop’s Castle, Cleobury Mortimer, Clun, Ludlow and Much Wenlock. The River Severn, Britain’s longest river, also winds its way across the border, from Wales, through the county’s towns of Shrewsbury, Ironbridge and Bridgnorth.

The market town of Ludlow lies a few miles to the south, with its wealth of Georgian architecture and a Royal Medieval Castle. Ludlow is host to its prestiguous Food Festival and Medieval Christmas Fair. Mortimer Forest and its surrounding hills make a popular spot for mountain biking and walking. A gastronomic centre where fine restaurants, regular farmer’s markets and traditional local shops combine with Ludlow’s Food Centre to offer exceptional regional produce and atmosphere.

Shrewsbury, 12 miles to the north, is a fine county town with Castle and Abbey, situated on the banks of the River Severn. Its many Tudor and Queen Anne buildings are very much in evidence. In addition to good shopping, theatres, cinemas and a large choice of bars and restaurants, Shrewsbury hosts many seasonal events including its annual Flower Show and regular Concerts in the Quarry Gardens. The Theatre Severn offers a full programme of plays, concerts and entertainment.

Shropshire's rural tranquillity masks a turbulent past as it was once frontier territory, with Wales to the west. The county's numerous earth works, hill forts and battlefields, including the site of the Battle of Shrewsbury in 1403 and the fascinating Castles of Clun, Ludlow, Powys and Stokesay bear testimony to this. All are open to the public.

Shropshire boasts a number of other historic ruins and picturesque country houses in the care of the National Trust, English Heritage and others, including Attingham Park, Berrington Hall, Wenlock Abbey, Weston Park and Wroxeter Roman City. The National Garden Scheme is well supported by the owners of many of Shropshire’s finest private residences.

Shropshire was also home to the Industrial Revolution at Ironbridge, which is now a World Heritage Site with many award winning museums. Whilst the Severn Valley Railway, Bridgnorth Cliff Railway - England’s oldest funicular railway - and the RAF Museum at Cosford, offer rail and air enthusiasts plenty more to enjoy.

For those who are happy to travel further afield and would like to visit the seaside, the Welsh coast can be reached in less than two hours’ drive from South Shropshire, with the train offering a viable alternative. 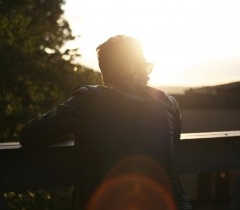 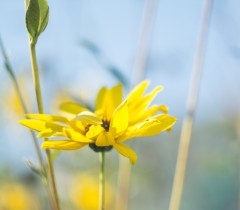 If you would like to get in touch, please fill in the form below and a member of the team will be in touch with you shortly.

We had a wonderful day on the sketching course at Acton Scott Hall. The grounds are so stunning...choosing what to draw was the hardest part! The teaching was so friendly, great for both newcomers and those more experienced. We would highly recommend!

Acton Scott Hall is a beautiful house and Alison and Francis made us feel very welcome on our tour. They were both interesting, informative and the absolute opposite of the 'I'm just going through the motions' tour guides we've suffered in the past. I thoroughly recommend booking - the lemon drizzle cake is fabulous!

Acton Scott was the location for the highly popular BBC series Victorian Farm. Explaining why he chose the estate, David Upshal, the Executive Producer, said: “In an age when most landowners were busy obliterating all traces of the past to modernise their land and buildings, the Actons lovingly preserved much of the history and heritage of theirs."

Acton Scott gets its name from the family that have owned the estate for nearly 900 years. ‘Ac’ comes from the Saxon for oak trees and ‘tun’ from settlement, while ‘Scott’ originates from the medieval Reynold le Scot who held a share in the manor in 1255.

An incredibly relaxing day in the most beautiful house and grounds and the warmest of welcomes. Thank you!